Skip a Latte a Week in October to Make Your Home Safer!

You probably already have a smoke detector. New homes come with them already installed and many states have a law that requires them to be installed. But what about a carbon monoxide detector? Do you have one in your home?

If not, why don’t you skip a latte a week during the month of October and buy a carbon monoxide detector for your home!

Having a carbon monoxide detector is often overlooked and forgotten. Furnaces, generators, space heaters, stoves,  gas water heaters and automobiles are common monoxide sources and can put your family at risk of carbon monoxide poisoning.

Since the gas has no order, smell or color a Carbon Monoxide detector is necessary because it is the only way to detect that it is present. Placing the detector in the hallways by the bedrooms is best, that way the alarm can be heard while sleeping.

Remember without a detector the gas can build up in your house without your knowing. Isn’t skipping a month worth of latte’s worth you and your family’s safety?

What is Carbon Monoxide?

Carbon monoxide, or “CO,” is an odorless, colorless gas that can kill you.

Where is CO found?

CO is found in fumes produced any time you burn fuel in cars or trucks, small engines, stoves, lanterns, grills, fireplaces, gas ranges, or furnaces. CO can build up indoors and poison people and animals who breathe it.

What are the symptoms of CO poisoning?

The most common symptoms of CO poisoning are headache, dizziness, weakness, upset stomach, vomiting, chest pain, and confusion. CO symptoms are often described as “flu-like.” If you breathe in a lot of CO it can make you pass out or kill you. People who are sleeping or drunk can die from CO poisoning before they have symptoms.

Who is at risk from CO poisoning?

Everyone is at risk for CO poisoning. Infants, the elderly, people with chronic heart disease, anemia, or breathing problems are more likely to get sick from CO. Each year, more than 400 Americans die from unintentional CO poisoning not linked to fires, more than 20,000 visit the emergency room, and more than 4,000 are hospitalized. 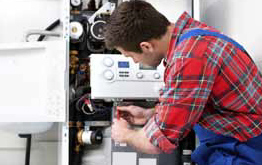 How can I prevent CO poisoning in my home?